The Missouri Chapter of the Association of Family and Conciliation Courts (MO-AFCC)
Each year at the MO-AFCC Spring conference the Ellen Cowell Leadership Award is bestowed upon a Missouri judicial officer, attorney, or mental health professional working with families experiencing child custody disputes.

​Award recipients are outstanding professionals who demonstrate the following characteristics:

Any Association of Family and Conciliation Courts (AFCC) member may nominate someone for the Ellen Cowell Leadership Award by submitting a letter via email to the MO-AFCC. Current MO-AFCC board members are not eligible to receive this award.

Nomination letters must be received via email by the MO-AFCC by January 30th and should include the following:
Nomination letters must be received by February 20th to be considered for that year's award. The recipient of the award will receive a complementary registration to the MO-AFCC Spring conference and a one year AFCC membership.  The award recipient must be present at the Spring conference in order to receive this award. 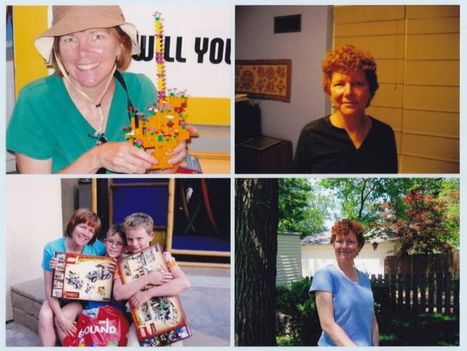 Ellen Kaye Cowell, a highly skilled mediator with the Family Court of St. Louis County for fifteen years, was a driving force to establish a Missouri chapter of the Association of Family and Conciliation Courts (MO-AFCC).

She envisioned that MO-AFCC would bring cutting-edge interdisciplinary educational programs to our state and generate ideas among professionals working with family court issues that would benefit high-conflict families in the Missouri Courts' system. In 2000, as a member of the Chapter Organizing Committee, she had the idea to start a series of quarterly brown-bag seminars called "Lunch and Learns" that have become an ongoing continuing-education program in the St. Louis and Kansas City areas. Ellen also helped persuade AFCC to hold its Fall Regional Conference in St. Louis in 2003. Later, as the first president of the newly chartered chapter, she oversaw the establishment of an annual spring conference that was a collaboration between MO-AFCC and MARCH Mediation.

Ellen's work with MO-AFCC was cut short in 2007 when she was diagnosed with stage 4 colon cancer, and her untimely death came three years later, at the age of 42.  In recognition of her dedication, initiative, and vision, MO-AFCC established the Ellen Cowell Leadership Award, to be given each year during the annual spring conference.

Past recipients of the Ellen Cowell Leadership Award include the following: