Missouri's Children's Division is mandated to ensure the safety, permanency and well-being of children.  It offers a vast range of services, including conducting investigations into child abuse and neglect and direct involvement in child custody determinations in court.  Understanding the scope of its authority and duties is important for family court professionals and their clients, for whom its impact is frequently life-altering.  The first part of this conference will present information on the agency's purpose and processes as well as the context within which it currently operates.
​
In the second part, we will hear from several family court professionals from across the state who worked for the Division and are now working in juvenile and family courts alongside it.  They will share their dual perspectives on its role and influence in the court system, practical and ethical implications that arise in their involvement with it, and the strategies they use to support and guide their families to safety. 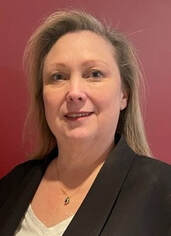 Alisa Connelly, JD is currently a Permanency Attorney with Children’s Division in Jackson County.  She represents the agency in child abuse and neglect cases, termination of parental rights cases, minor and adult guardianships and delinquency matters.  Alisa has been in the child welfare field for almost 12 years in one capacity or another in two states.  She started out doing casework in New York then moved home to Kansas City where she worked as a Children’s Services Specialist and on the job trainer until transitioning into the role of Permanency Attorney.  She earned her B.A. in Psychology at the University of Kansas and her J.D. at the University of Missouri at Kansas City.  She is a member of the Missouri Bar, and the KCMBA and actively presents at CLEs in her community. 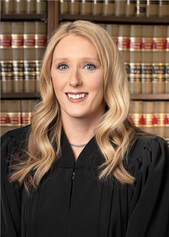 Commissioner Lisa M. Dubé was appointed by the judges of the 16th Judicial Circuit as Family Court Commissioner of Division 43 on September 11, 2020.  Commissioner Dubé presides over a contested domestic docket, which includes dissolution of marriage actions, paternity actions, modifications, private and State filed contempt actions, and family access motions.  At the time of her appointment, Commissioner Dubé was the supervising permanency attorney for the Missouri Department of Social Services, Children’s Division in Kansas City. She represented the agency in child abuse and neglect cases, termination of parental rights cases, minor and adult guardianships, paternity actions and custody modifications.  Previously, she was an attorney in private practice in the area of family law with the firm of Richard T. Bryant & Associates P.C., and worked during law school with the firm of deVries & Associates P.C.  Commissioner Dubé earned a B.A. degree in Psychology from Rockhurst University in 2005, and a Juris Doctor degree from the University of Missouri—Kansas City Law School in 2008.  She is a member of the Kansas City Metropolitan Bar Association, the Association of Women Lawyers of Greater Kansas City, Missouri Bar Association, Kansas Bar Association, and the National Association of Counsel for Children. 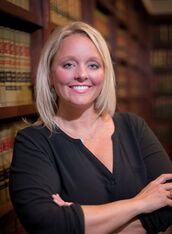 ​Kelle C. Burmeister Gilmore, JD is a partner at Burmeister Gilmore LLP, in Blue Springs, Missouri, where she has worked since 2005 focusing on juvenile and family law matters.  During that time she served as a CASA for Jackson County for 9 years and as a Guardian ad Litem and Contract Attorney in the Cass County Juvenile Court for 3 years.  The year after receiving her Juris Doctor from the University of Missouri Kansas City School of Law in 2004 she clerked for the Hon. John R. Gray and during law school clerked for the Hon. Robert M. Schieber as well.  She received her B.S. in Journalism from the University of Kansas.  In 2022 she was named Litigation Practitioner of the Year through the Missouri Lawyers Weekly's Women's Justice Awards and in 2021 the National Council of Juvenile and Family Court Judges (NCJFCJ) honored her with the National Impact Award for her pro bono services to children and families.  She was named as one of Missouri Lawyers Weekly's Up and Coming Attorneys in 2019.  She is an active presenter and trainer on GAL and mediation issues for the Missouri Bar and local bar associations in her area. 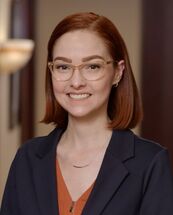 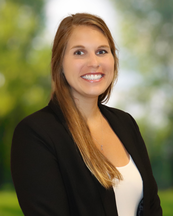 Abbie N. Paloucek, JD has been an attorney for the Department of Social Services since March of 2020.  She started off in litigation and transitioned to Special Counsel for Children’s Division and Division of Youth Services in January of 2022.  She graduated from the University of Missouri - St. Louis with a B.S. in Criminology and Criminal Justice in Dec 2015.  She then attended law school at St. Louis University School of Law earning concentrations in international and comparative law, intellectual property, and criminal defense, graduating with a J.D. in May 2019.
Cari Pointer is the Child Abuse and Neglect Program Specialist at Missouri Children’s Division where she has worked for over two decades.  Cari currently oversees Child Abuse and Neglect state policy and programming.  She has spent a majority of her career with the Children’s Division in CAN investigations. 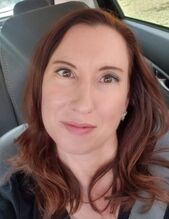 Lara Underwood, JD is a family and juvenile law attorney in Jefferson City, MO, where she has been practicing since 2007.  Lara attended Columbia College and earned a B.A. in Political Science, then attended law school at the University of Missouri- Columbia. After working in a Jefferson City firm for 10 years, she opened my own firm in 2016. Aside from being a member of the Mo Bar Association, Lara is a member of the Cole County Bar, the Family Law section, the Family Law Conference planning committee, and the Cole County Prenger Center Advisory Board. She is also a member of the Missouri Association of Family Law Attorneys, a group that works with the Missouri legislature to support or oppose legislation regarding family law matters.  Lara has previously served on the Jefferson City Arts Commission and as a board member for the Rape and Abuse Crisis Service.  Lara and her husband, who is also an attorney, live in Jefferson City with their six-year old son and three very needy dogs.